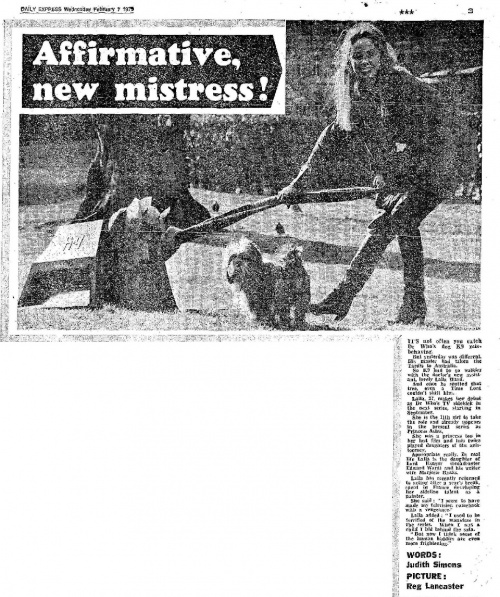 IT'S not often you catch Dr Who's dog K9 misbehaving.

But yesterday was different. His master had taken the Tardis to Australia.

So K9 had to go walkies with the doctor's new assistant, lovely Lalla Ward.

And once he spotted that tree, even a Time Lord couldn't shift him.

Lalla, 27, makes her debut as Dr Who's TV sidekick in the next series, starting in September.

She is the 11th girl to take the role and already appears in the present series as Princess Astra.

She was a princess too in her last film and has twice played daughters of the aristrocy.

Lalla has recently returned to acting after a year's break, spent in France developing her sideline talent as a painter.

She said : "I seem to have made my television comeback with a vengeance."

Lalla added : "I used to be terrified of the monsters in the series. When I was a child I hid behind the sofa. But now I think some of the human baddies are even more frightening."