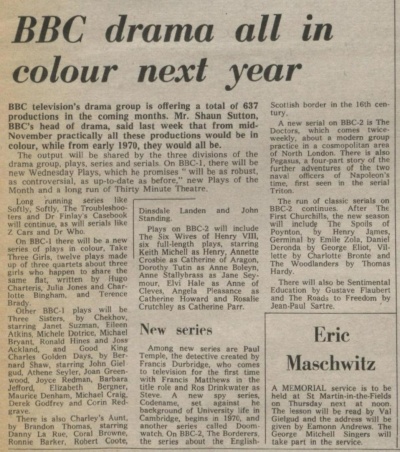 On BBC-1 there will brand new series of plays in colour. Take Three Girls, twelve plays made up of three quartets about three girls who happen to share the same flat, written by Hugo Charteris, Julia Jones and Charlotte Bingham. and Terence Brady.