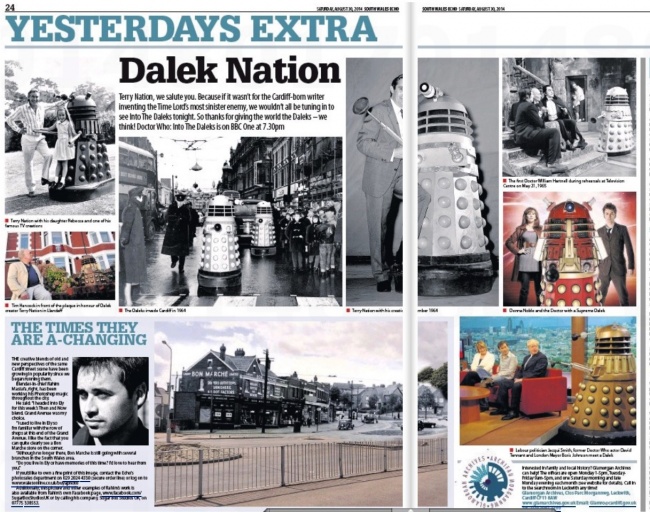 Terry Nation, we salute you. Because if it wasn't for the Cardiff-born writer inventing the Time Lord's most sinister enemy, we wouldn't all be tuning in to see Into the Daleks tonight. So thanks for giving the world the Daleks -- we think! Dr. Who: Into the Daleks is on BBC One at 7.30pm.

Tim Hancock in front of the plaque in a honour of Dalek creator Terry Nation in Llandaff.

The Daleks invade Cardiff in 1964

Terry Nation with his creation December 1964

The first Doctor William Hartnell during rehearsals at Television Centre on May 21, 1965

But Donna Noble and the Doctor with a Supreme Dalek