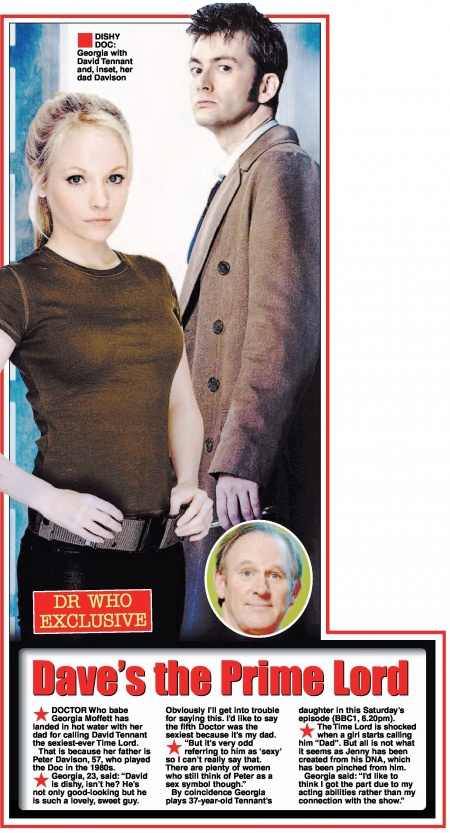 DOCTOR Who babe Georgia Moffett has landed in hot water with her dad for calling David Tennant the sexiest-ever Time Lord. That is because her father is Peter Davison, 57, who played the Doc in the 1980s.

Obviously I'll get into trouble for saying this. I'd like to say the fifth Doctor was the sexiest because it's my dad.

"But it's very odd referring to him as 'sexy' so I can't really say that. There are plenty of women who still think of Peter as a sex symbol though."

By coincidence Georgia plays 37-year-old Tennant's daughter in this Saturday's episode (BBC1, 6.20pm). The Time Lord is shocked P' when a girl starts calling him "Dad". But all is not what it seems as Jenny has been created from his DNA, which has been pinched from him.

Georgia said: "I'd like to think I got the part due to my acting abilities rather than my connection with the show."