Doctor Who Not You Again 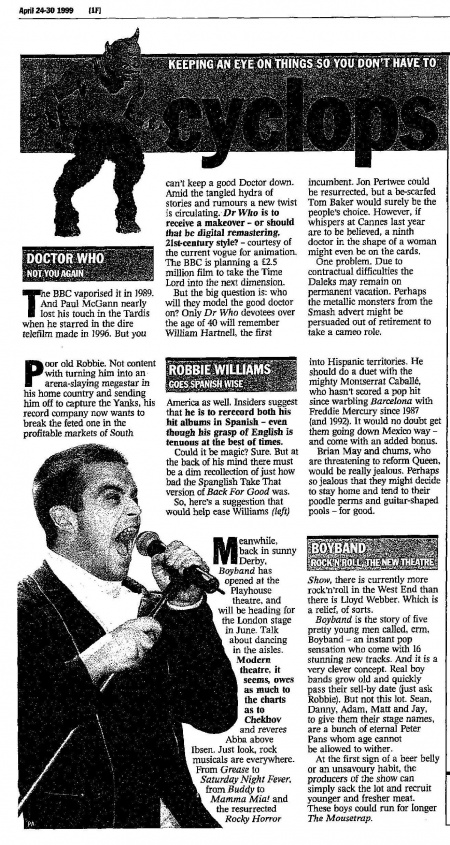 The BBC vaporised it in 1989. And Paul McGann nearly lost his touch in the Tardis when he starred in the dire telefilm made in 1996. But you can't keep a good Doctor down. Amid the tangled hydra of stories and rumours a new twist is circulating. Dr Who is to receive a makeover - or should that be digital remastering, 21stcentury style? - courtesy of the current vogue for animation. The BBC is planning a £2.5 million film to take the Time Lord into the next dimension.

But the big question is: who will they model the good doctor on? Only Dr Who devotees over the age of 40 will remember William Hartnell, the first incumbent. Jon Pertwee could be resurrected, but a be-scarfed Tom Baker would surely be the people's choice. However, if whispers at Cannes last year are to be believed, a ninth doctor in the shape of a woman might even be on the cards.

One problem. Due to contractual difficulties the Daleks may remain on permanent vacation. Perhaps the metallic monsters from the Smash advert might be persuaded out of retirement to take a cameo role.