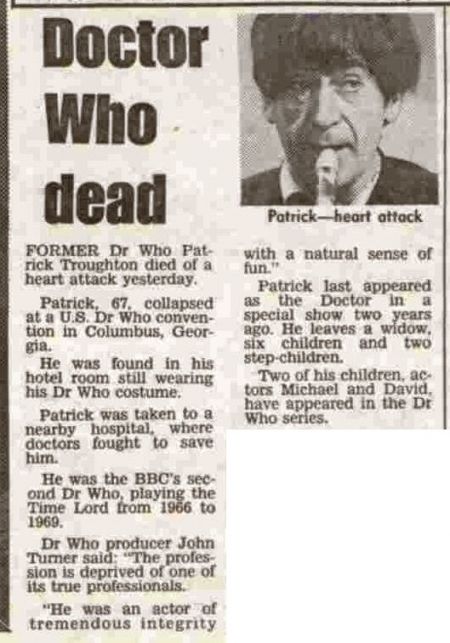 Patrick, 67. collapsed at a U.S. Dr Who convention in Columbus, Georgia.

He was found in his hotel room still wearing his Dr Who costume.

Patrick was taken to a nearby hospital, where doctors fought to save him.

Dr Who producer John Turner said: "The profession is deprived of one of its true professionals.

Patrick last appeared as the Doctor in a special show two years ago. He leaves a widow, six children and two stepchildren.

Two of his children. actors Michael and David, have appeared in the Dr Who series.