Dr. Who in Harrow 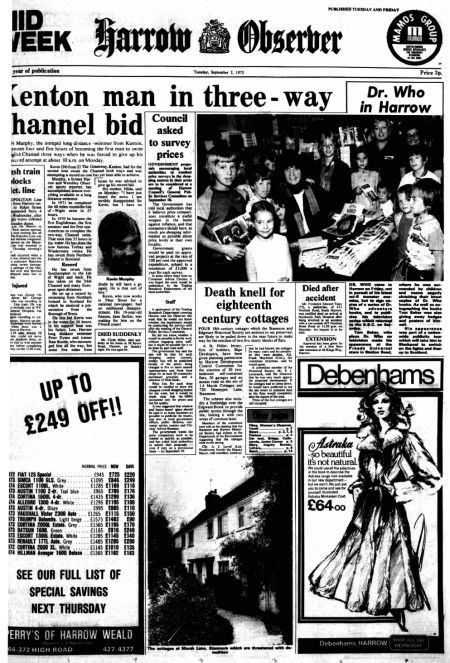 DR. WHO came to Harrow on Friday, not in pursuit of sci-fi monster enemies, but to sign copies of a series of Dr. Who adventure books, and to publicise his television series which returned to B.B.C. on Saturday.

Tom Baker, who plays Dr. Who on television made his appearance at the Preedy Universal store in Station Road, where he as surrounded by children and mums eagerly clutching their latest copies of Dr. Who books. As well as autographing books the Tom Baker was also giving away badges and posters of himself.

His appearance was part of a nationwide publicity tour which will take him to Blackpool to switch on the lights and then up to Scotland.