Dr Who is master for Character 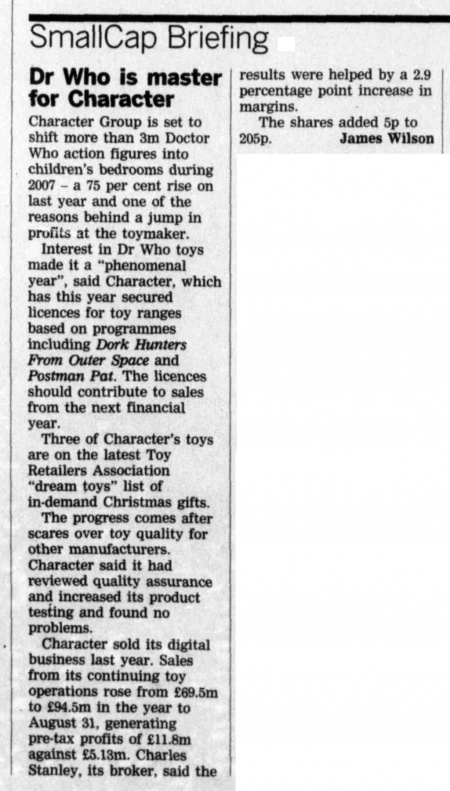 Character Group is set to shift more than 3m Doctor Who action figures into children's bedrooms during 2007 - a 75 per cent rise on last year and one of the reasons behind a jump in profits at the toymaker.

Interest in Dr Who toys made it a "phenomenal year", said Character, which has this year secured licences for toy ranges based on programmes including Dork Hunters From Outer Space and Postman Pat . The licences should con-tribute to sales from the next financial year.

The progress comes after scares over toy quality for other manufacturers. Character said it had reviewed quality assurance and increased its product testing and found no problems.

Character sold its digital business last year. Sales from its continuing toy operations rose from Pounds 69.5m to Pounds 94.5m in the year to August 31, generating pre-tax profits of Pounds 11.8m against Pounds 5.13m. Charles Stanley, its broker, said the results were helped by a 2.9 percentage point increase in margins.