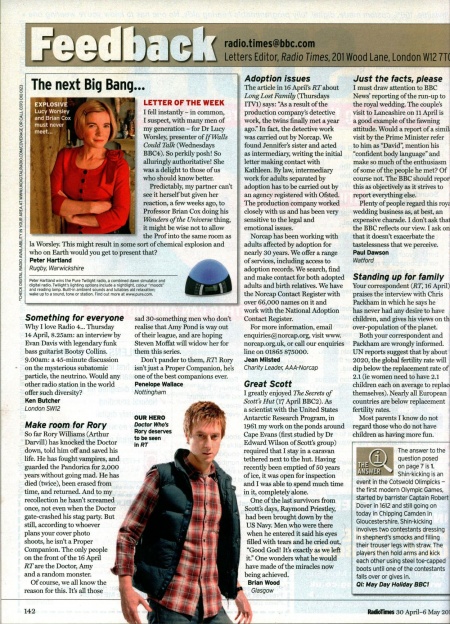 Make room for Rory So far Rory Williams (Arthur Darvill) has knocked the Doctor down, told him off and saved his life. He has fought vampires, and guarded the Pandorica for 2,000 years without going mad. He has died (twice), been erased from time, and returned. And to my recollection he hasn't screamed once, not even when the Doctor gate-crashed his stag party. But still, according to whoever plans your cover photo shoots, he isn't a Proper Companion. The only people on the front of the 16 April RT are the Doctor, Amy and a random monster.

Of course, we all know the reason for this. It's all those sad 30-something men who don't realise that Amy Pond is way out of their league, and are hoping Steven Moffat will widow her for them this series.

Don't pander to them, RT Rory isn't just a Proper Companion, he's one of the best companions ever.

OUR HERO Doctor Who's Rory deserves to be seen in RT