Funny Joke from a Beautiful Woman 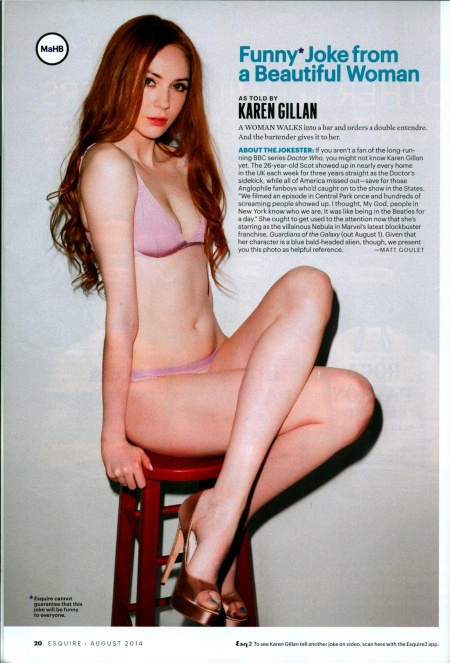 As told by Karen Gillan

A WOMAN WALKS into a bar and orders a double entendre. And the bartender gives it to her.

ABOUT THE JOKESTER: If you aren't a fan of the long-running BBC series Doctor Who, you might not know Karen Gillan yet. The 26-year-old Scot showed up in nearly every home in the UK each week for three years straight as the Doctor's sidekick, while all of America missed out—save for those Anglophile fanboys who'd caught on to the show in the States. "We filmed an episode in Central Park once and hundreds of screaming people showed up. I thought, My God, people in New York know who we are. It was like being in the Beatles for a day." She ought to get used to the attention now that she's starring as the villainous Nebula in Marvel's latest blockbuster franchise, Guardians of the Galaxy (out August 1). Given that her character is a blue bald-headed alien, though, we present you this photo as helpful reference.

To see Karen Gillan tell another joke on video, scan here with the Esquire2 app.