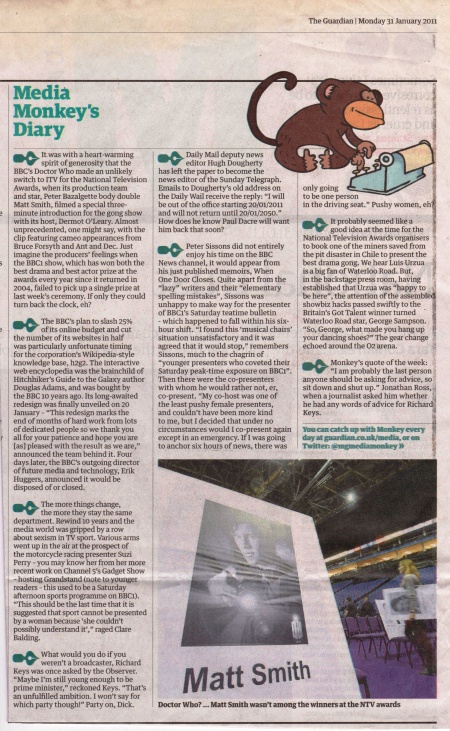 It was with a heart-warming spirit of generosity that the BBC's Doctor Who made an unlikely switch to ITV for the National Television Awards, when its production team and star, Peter Bazalgette body double Matt Smith, filmed a special three-minute introduction for the gong show with its host, Dermot O'Leary. Almost unprecedented, one might say, with the clip featuring cameo appearances from Bruce Forsyth and Ant and Dec. Just imagine the producers' feelings when the BBC1 show, which has won both the best drama and best actor prize at the awards every year since it returned in 2004, failed to pick up a single prize at last week's ceremony. If only they could turn back the clock, eh?

Caption: Doctor Who? ... Matt Smith wasn't among the winners at the NTV awards