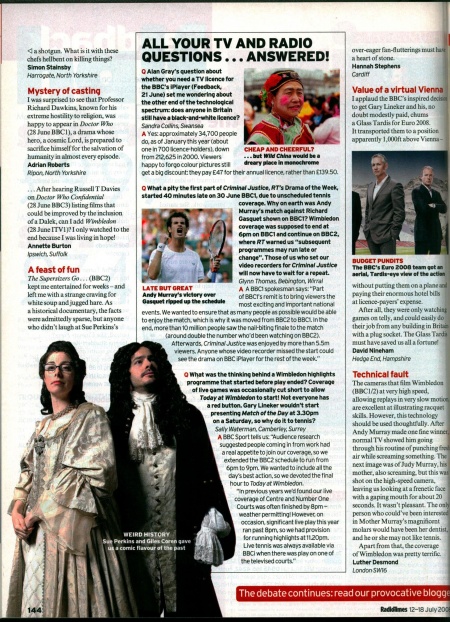 I was surprised to see that Professor Richard Dawkins, known for his extreme hostility to religion, was happy to appear in Doctor Who (28 June BBC1), a drama whose hero, a cosmic Lord, is prepared to sacrifice himself for the salvation of humanity in almost every episode.

... After hearing Russell T Davies on Doctor Who Confidential (28 June BBC3) listing films that could be improved by the inclusion of a Dalek, can I add Wimbledon (28 June ITV 1)? I only watched to the end because I was living in hope!