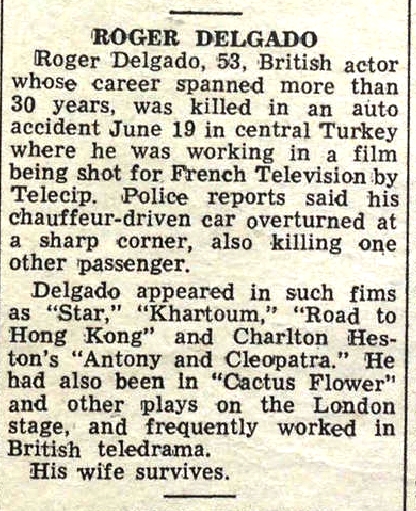 Roger Delgado, 53, British actor whose career spanned more than 30 years, was killed in an auto accident June 19 in central Turkey where he was working in a film being snot for French Television by Telecip. Police reports said his chauffeur-driven car overturned at a sharp corner, also killing one other passenger.

Delgado appeared in such films as "Star," "Khartoum," "Road to Hong Kong" and Charlton Heston's "Antony and Cleopatra." He had also been In "Cactus Flower" and other plays on the London stage, and frequently worked in British teledrama.