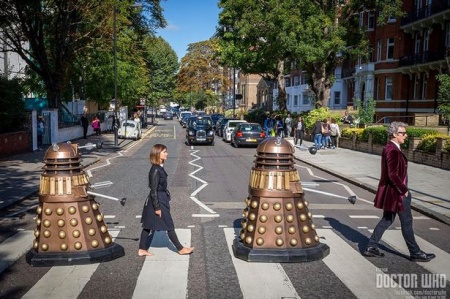 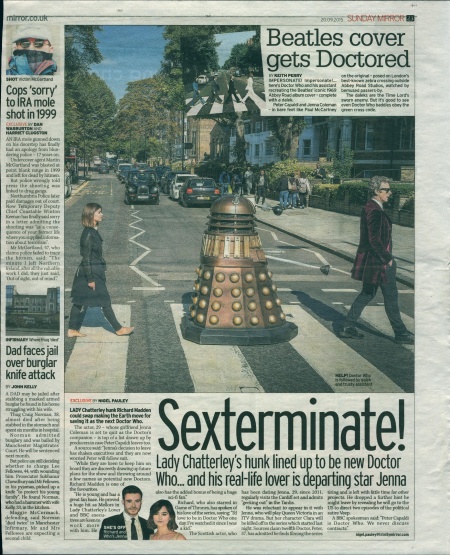 Sexterminate! Lady Chatterley's hunk lined up to be new Doctor Who... and his real-life lover is departing star Jenna

LADY Chatterley hunk Richard Madden could swap making the Earth move for saving it as the next Doctor Who.

The actor, 29 – whose girlfriend Jenna Coleman is set to quit as the Doctor's companion – is top of a list drawn up by producers in case Peter Capaldi leaves too.

A source said: "Jenna's decision to leave has shaken executives and they are now worried Peter will follow suit.

"While they are keen to keep him on board they are discreetly drawing up future plans for the show and throwing around a few names as potential new Doctors. Richard Madden is one of the favourites.

"He is young and has a great fan base. He proved a huge hit as Mellors in Lady Chatterley's Lover and BBC executives are keen to work more with him. He also has the added bonus of being a huge sci-fi fan."

Richard, who also starred in Game of Thrones, has spoken of his love of the series, saying: "I'd love to be in Doctor Who one day. I've watched it since I was a kid."

The Scottish actor, who has been dating Jenna, 29, since 2011, regularly visits the Cardiff set and admits "geeking out" in the Tardis.

He was reluctant to appear in it with Jenna, who will play Queen Victoria in an ITV drama. But her character Clara will be killed off in the series which started last night. Sources claim twelfth Doctor, Peter, 57, has admitted he finds filming the series tiring and is left with little time for other projects. He dropped a further hint he might leave by revealing he will go to the US to direct two episodes of the political satire Veep.

A BBC spokesman said: "Peter Capaldi is Doctor Who. We never discuss contracts."

IMPERSONATE! Impersonate!... here's Doctor Who and his assistant recreating the Beatles' iconic 1969 Abbey Road album cover – complete with a dalek.

The daleks are the Time Lord's sworn enemy. But it's good to see even Doctor Who baddies obey the green cross code.