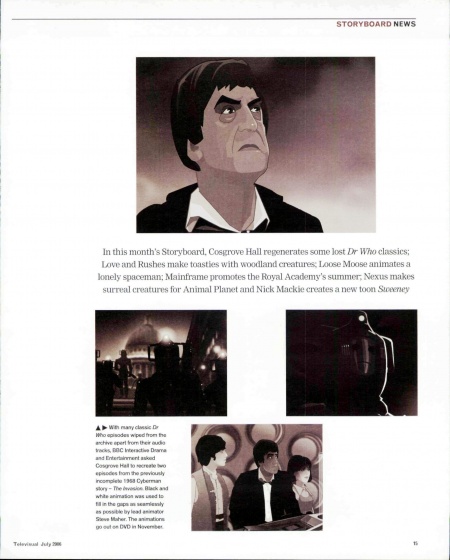 With many classic Dr Who episodes wiped from the archive apart from their audio tracks, BBC Interactive Drama and Entertainment asked Cosgrove Hall to recreate two episodes from the previously incomplete 1968 Cyberman story - The Invasion. Black and white animation was used to fill in the gaps as seamlessly as possible by lead animator Steve Maher. The animations go out on DVD in November.