The Doctor's met his match in Tate 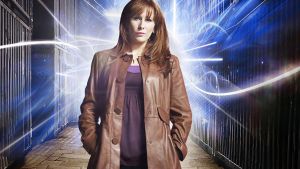 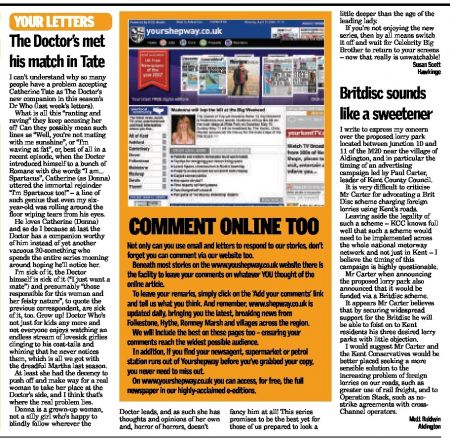 I can't understand why so many people have a problem accepting Catherine Tate as The Doctor's new companion in this seasons Dr Who (last week's letters).

What is all this ranting and raving' they keep accusing her of? Can they possibly mean such lines as" Well, you're not mating with me sunshine', or" I'm waving at fat, or, best of all in a recent episode, when the Doctor introduced himself to a bunch of Romans with the words "I am... Spartacus," Catherine (as Donna) uttered the immortal rejoinder "I'm Spartacus too!" - a line of such genius that even my six-year-old was rolling around the floor wiping tears from his eyes.

He loves Catherine (Donna) and so do I because at last the Doctor has a companion worthy of him instead of yet another vacuous 20-something who spends the entire series mooning around hoping he'll notice her.

I'm sick of it, the Doctor himself is sick of it ("I just want a mate") and presumably "those responsible for this woman and her feisty nature" to quote the previous correspondent, are sick of it, too. Grow up! Doctor Who's not just for kids any more and not everyone enjoys watching an endless stream of lovesick girlies clinging to his coat-tails and whining that he never notices them, which is all we got with the dreadful Martha last season.

At least she had the decency to push off and make way for a real woman to take her place at the Doctor's side, and I think that's where the rea1 problem lies.

Donna is a grown-up woman, not a silly girl who's happy to blindly follow wherever Doctor leads, and as such she has thoughts and opinions of her own and, horror of horrors, doesn’t fancy him at all! This series promises to be the best yet for those of us prepared look a little deeper than the age of the leading lady.

If you're not enjoying the new series, then by all means switch it off and wait for Celebrity Big Brother to return to our screens - now that really is unwatchable!