The Doctor is in on DVD 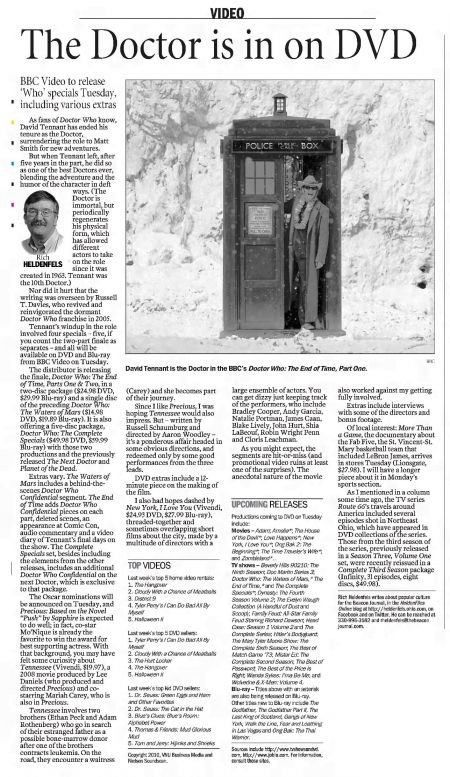 BBC Video to release 'Who' specials Tuesday, including various extras

As fans of Doctor Who know, David Tennant has ended his tenure as the Doctor, surrendering the role to Matt Smith for new adventures.

But when Tennant left, after five years in the part, he did so as one of the best Doctors ever, blending the adventure and the humor of the character in deft ways. (The Doctor is immortal, but periodically regenerates his physical form, which has allowed different actors to take on the role since it was created in 1963. Tennant was the 10th Doctor.)

Nor did it hurt that the writing was overseen by Russell T. Davies, who revived and reinvigorated the dormant Doctor Who franchise in 2005.

Tennant's windup in the role involved four specials - five, if you count the two-part finale as separates - and all will be available on DVD and Blu-ray from BBC Video on Tuesday.

Caption: David Tennant is the Doctor in the BBC's Doctor Who: The End of Time, Part One.