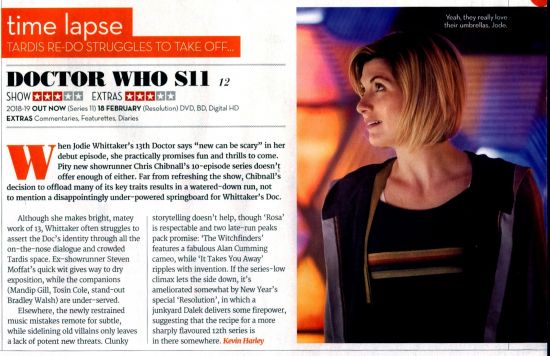 TARDIS RE-DO STRUGGLES TO TAKE OFF...

When Jodie Whittaker's 13th Doctor says "new can be scary" in her debut episode, she practically promises fun and thrills to come. Pity new showrunner Chris Chibnall's 10-episode series doesn't offer enough of either. Far from refreshing the show, Chibnall's decision to offload many of its key traits results in a watered-down run, not to mention a disappointingly under-powered springboard for Whittaker's Doc.