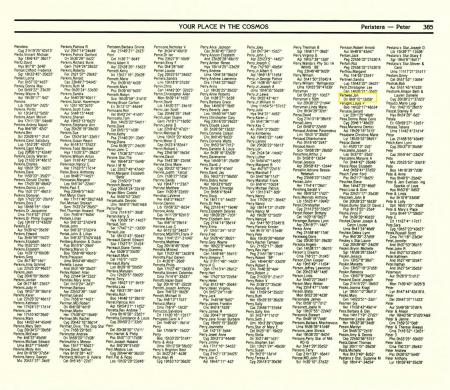 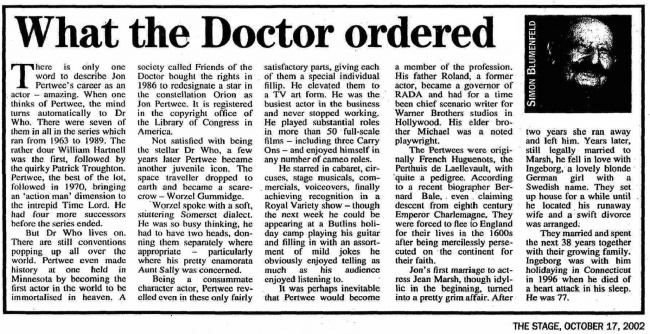 There is only one word to describe Jon Pertwee's career as an actor — amazing. When one thinks of Pertwee, the mind turns automatically to Dr Who. There were seven of them in all in the series which ran from 1963 to 1989. The rather dour William Hartnell was the first, followed by the quirky Patrick Troughton. Pertwee, the best of the lot, followed in 1970, bringing an 'action man' dimension to the intrepid Time Lord. He had four more successors before the series ended.