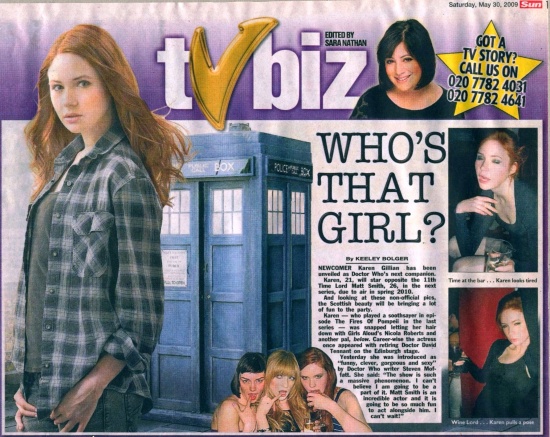 NEWCOMER Karen Gillian has been unveiled as Doctor Who's next companion.

And looking at these non-official pics, the Scottish beauty will be bringing a lot of fun to the party.

Karen — who played a soothsayer in episode The Fires Of Pompeii in the last series — was snapped letting her hair down with Girls Aloud's Nicola Roberts and another pal, below. Career-wise the actress once appeared with retiring Doctor David Tennant on the Edinburgh stage.

Yesterday she was introduced as "funny, clever, gorgeous and sexy" by Doctor Who writer Steven Moffatt. She said: "The show is such a massive phenomenon. I can't believe I am going to be a part of it. Matt Smith is an incredible actor and it is going to be so much fun to act alongside him. I wait!"