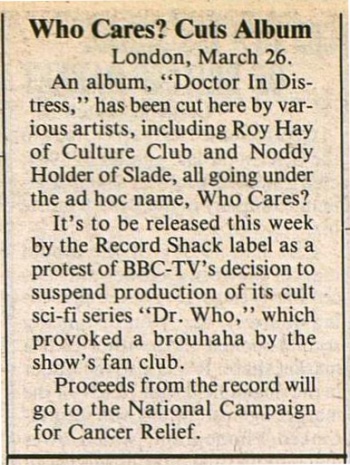 An album, "Doctor In Distress," has been cut here by various artists, including Roy Hay of Culture Club and Noddy Holder of Slade, all going under the ad hoc name, Who Cares?

It's to be released this week by the Record Shack label as a protest of BBC-TV's decision to suspend production of its cult sci-fi series "Dr. Who," which provoked a brouhaha by the show's fan club.

Proceeds from the record will go to the National Campaign for Cancer Relief.