Who says he is a hero! 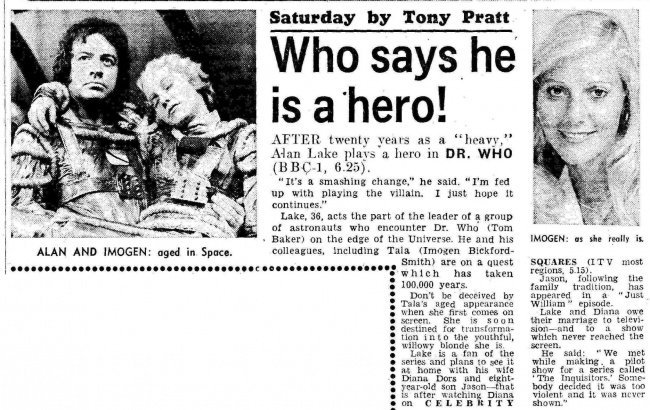 "It's a smashing change," he said. "I'm fed up with playing the villain. I just hope it continues."

Lake, 36, acts the part of the leader of a group of astronauts who encounter Dr. Who (Tom Baker) on the edge of the Universe. He and his colleagues, including Tala (Imogen Bickford-Smith) are on a quest which has taken 100,000 years.

Don't be deceived by Tala's aged appearance when she first comes on screen. She is soon destined for transformation into the youthful, willowy blonde she is.

Lake is a fan of the series and plans to see it at home with his wife Diana Dors and eight-year-old son Jason—that is after watching Diana on CELEBRITY SQUARES.