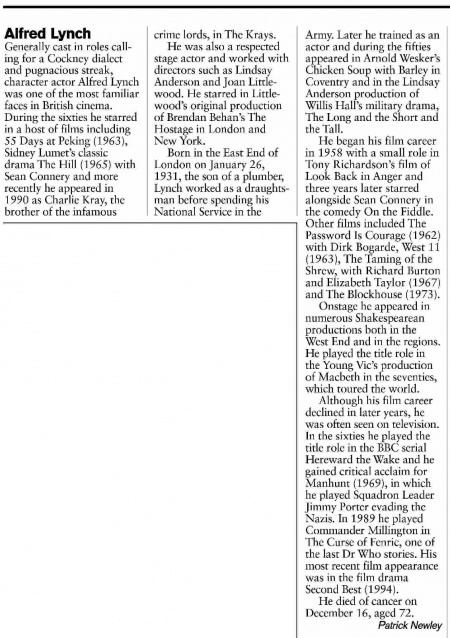 Born in the East End of London on January 26, 1931, the son of a plumbee Lynch worked as a draughtsman before spending his National Service in the

Army. Later he trained as an actor and during the fifties appeared in Arnold Wesker's Chicken Soup with Barley in Coventry and in the Lindsay Anderson production of Willis Hall's military drama, The Long and the Short and the Tall.