Difference between revisions of "Let there be (electronic) music" 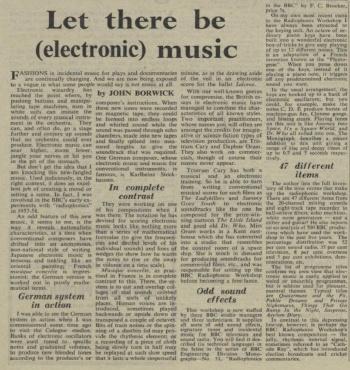