Difference between revisions of "Mistake to go West with Dr. Who" 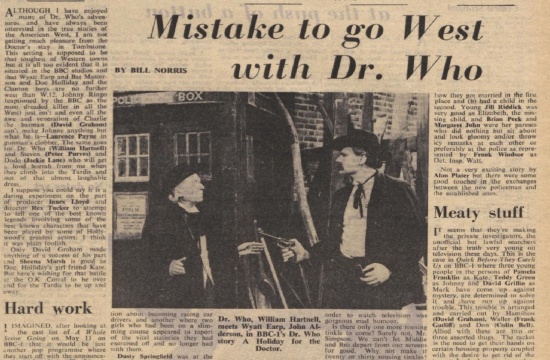