20 things you don't know about Doctor Who 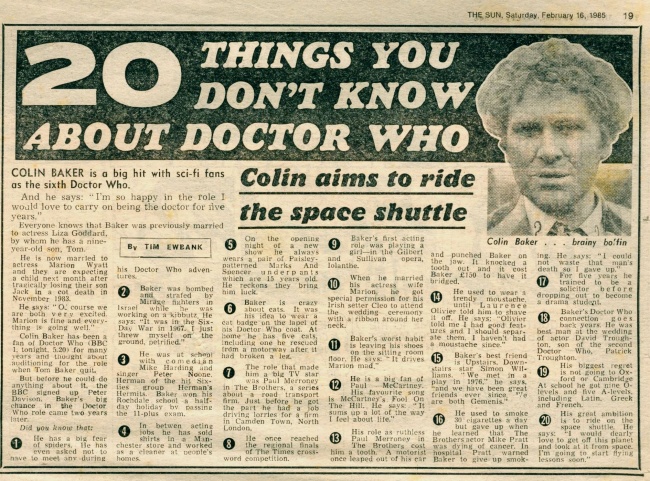 COLIN BAKER is a big hit with sci-fi fans as the sixth Doctor Who.

And he says: " I'm so happy in the role I would love to carry on being. the doctor for five years."

Everyone knows that Baker was previously married to actress Liza Goddard, by whom he has a nine-year-old son, Tom.

He is now married to actress Marion Wyatt and they are expecting a child next month after tragically losing their son Jack in a cot death in November 1983.

He. says: "Of course we are both very excited. Marion is fine and everything is going well."

Colin Baker has been a fan of Doctor Who (BBC 1, tonight, 5.20) for many years and thought about auditioning for the role when Tom Baker quit.

But before he could do anything about it, the BBC signed up Peter Davison. Baker's big chance in the Doctor Who role came two years later.

Did you know that: