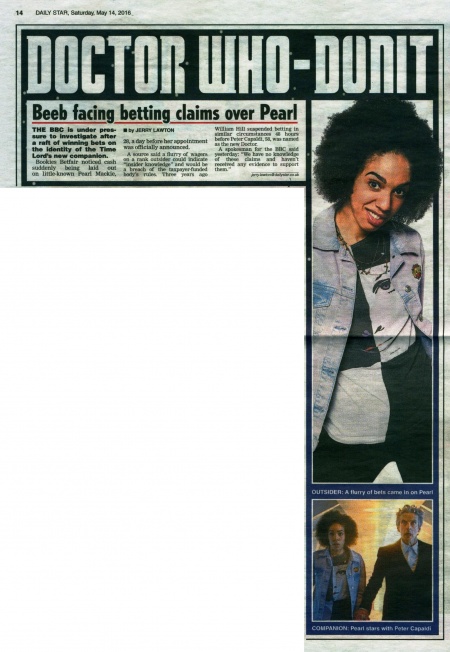 THE BBC is under pressure to investigate after a raft of winning bets on the identity of the Time Lord's new companion. Bookies Betfair noticed cash suddenly being laid out on little-known Pearl Mackie, 28, a day before her appointment was officially announced.

A source said a flurry of wagers on a rank outsider could indicate "insider knowledge" and would be a breach of the taxpayer-funded body's rules. Three years ago William Hill suspended betting in similar circumstances 48 hours before Peter Capaldi, 58, was named as the new Doctor.

A spokesman for the BBC said yesterday: "We have no knowledge of these claims and haven't received any evidence to support them."

Caption: OUTSIDER: A flurry of bets came in on