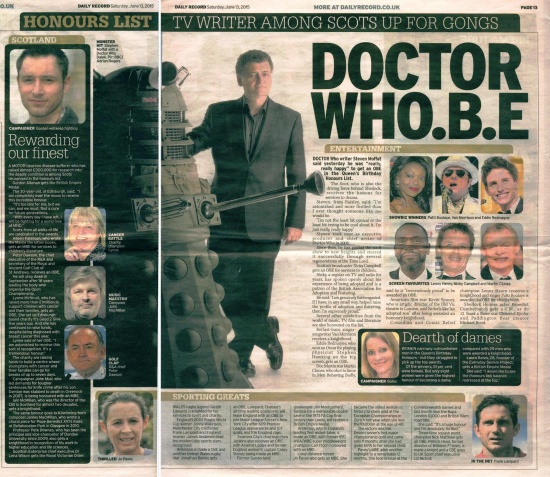 TV WRITER AMONG SCOTS UP FOR GONGS

DOCTOR Who writer Steven Moffat said yesterday he was "really, really happy" to get an OBE in the Queen's Birthday Honours List.

The Scot, who is also the driving force behind Sherlock. receives the honour for services to drama.

Steven, from Paisley. said: "I'm astonished and more thrilled than I ever thought someone like me would be.

Steven took over as executive producer and chief writer of Doctor Who in 2008.

Since then, he has guided the show to new heights and steered it successfully through several regenerations of the Time Lord.

Caption: MONSTER HIT Stephen Moffat with a Doctor Who Dalek.