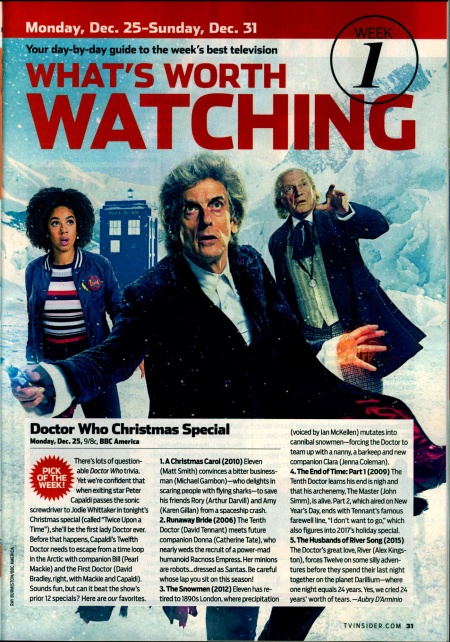 There's lots of questionable Doctor Who trivia. Yet we're confident that when exiting star Peter

Capaldi passes the sonic screwdriver to Jodie Whittaker in tonight's Christmas special (called "Twice Upon a Time"), she'll be the first lady Doctor ever. Before that happens, Capaldi's Twelfth Doctor needs to escape from a time loop in the Arctic with companion Bill (Pearl Mackie) and the First Doctor (David Bradley, right, with Mackie and Capaldi). Sounds fun, but can it beat the show's prior 12 specials? Here are our favorites.