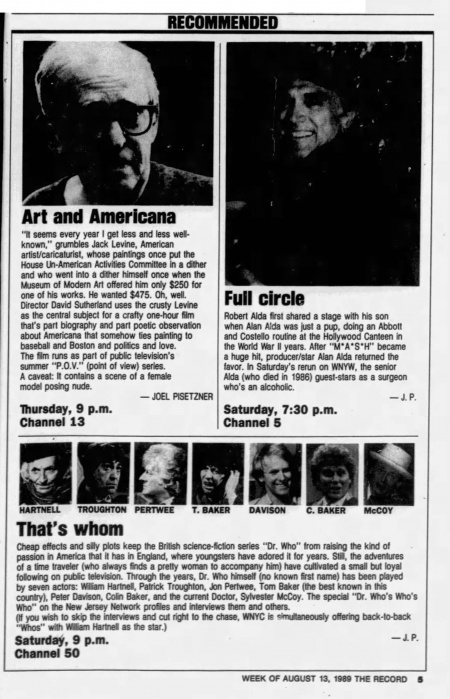 Cheap effects and silly plots keep the British science-fiction series "Dr. Who" from raising the kind of passion in America that it has in England, where youngsters have adored it for years. Still, the adventures of a time traveler (who always finds a pretty woman to accompany him) have cultivated a small but loyal following on public television. Through the years, Dr. Who himself (no known first name) has been played by seven actors: William Hartnell, Patrick Troughton, Jon Pertwee, Tom Baker (the best known in this country), Peter Davison, Cohn Baker, and the current Doctor, Sylvester McCoy. The special "Dr. Who's Who's Who" on the New Jersey Network profiles and interviews them and others.

(If you wish to skip the interviews and cut right to the chase, WNYC is simultaneously offering back-to-back "Whos" with William Hartnell as the star.)