The man who will be Who 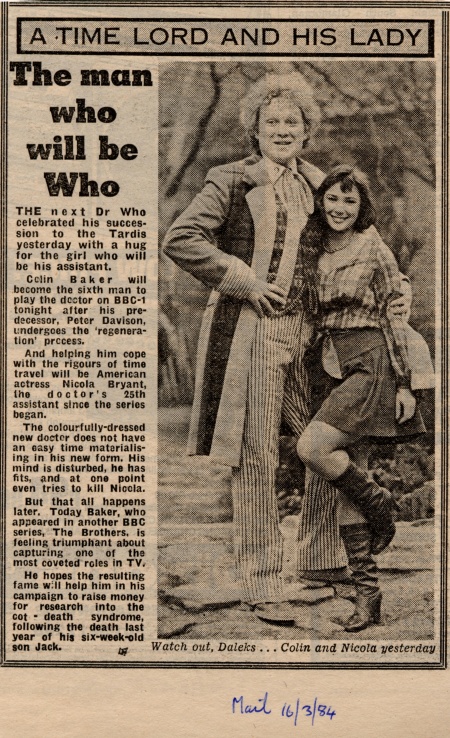 THE next Dr Who celebrated his succession to the Tardis yesterday with a hug for the girl who will be his assistant.

Colin Baker will become the sixth man to play the doctor on BBC-1 tonight after his predecessor, Peter Davison, undergoes the 'regeneration' process.

And helping him cope with the rigours of time travel will be American actress Nicola Bryant, the doctor's 25th assistant since the series began.

The colourfully-dressed new doctor does not have an easy time materialising in his new form. His mind is disturbed, he has fits, and at one point even tries to kill Nicola.

But that all happens later. Today Baker, who appeared in another BBC series, The Brothers, is feeling triumphant about capturing one of the most coveted roles in TV.

He hopes the resulting fame wall help him in his campaign to raise money for research into the cot - death syndrome,following the death last year of his six-week-old son Jack.