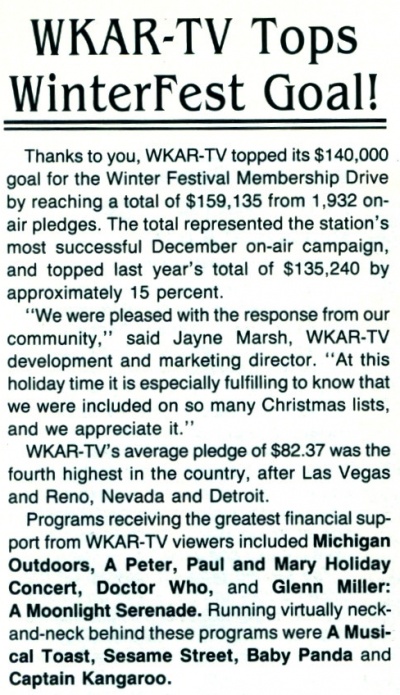 Thanks to you, WKAR-TV topped its $140,000 goal for the Winter Festival Membership Drive by reaching a total of $159,135 from 1,932 on-air pledges. The total represented the station's most successful December on-air campaign, and topped last year's total of $135,240 by approximately 15 percent.

"We were pleased with the response from our community," said Jayne Marsh, WKAR-TV development and marketing director. "At this holiday time it is especially fulfilling to know that we were included on so many Christmas lists, and we appreciate it."

WKAR-TV's average pledge of $82.37 was the fourth highest in the country, after Las Vegas and Reno, Nevada and Detroit.