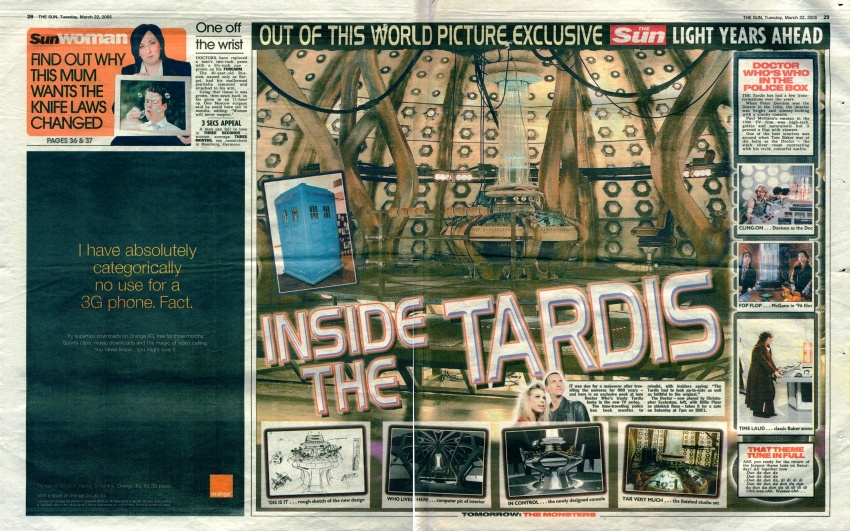 IT was due for a makeover after travelling the universe for 900 years —and here is an exclusive peek at how Doctor Who's trusty Tardis looks in the new TV series. The time-travelling police box took months to rebuild, with insiders saying: "The Tardis had to look up-to-date as well as faithful to the original."

The Doctor — now played by Christopher Eccleston, left, with Billie Piper as sidekick Rose — takes it for a spin on Saturday at 7pm on BBC1.

Doctor Who's who in the police box

THE Tardis has had a few transformations over the years.

When Peter Davison was the Doctor in the 1980s, the interior was bright and clumsy-looking with a clunky console.

One of the best interiors was around when Tom Baker was at the helm as the Doctor — the stark silver room contrasting with his vivid, colourful outfits.

CLING-ON ... Davison as the Doc

'DIS IS IT ... rough sketch of the new design

IN CONTROL .. . the newly designed console

THAT THEME TUNE IN FULL

ARE you ready for the return of the famous theme tune on Saturday? All together now ...