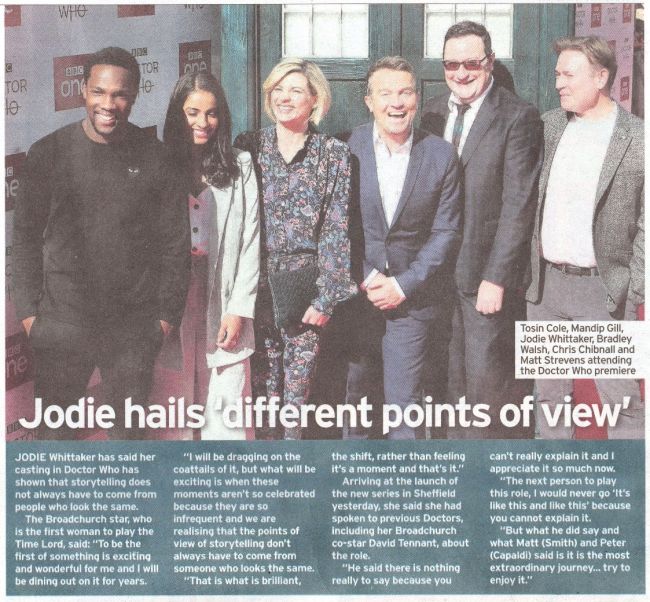 JODIE Whittaker has said her casting in Doctor Who has shown that storytelling does not always have to come from people who look the same.

The Broadchurch star, who is the first woman to play the Time Lord, said: To be the first of something is exciting and wonderful for me and I will be dining out on it for years.

"I will be dragging on the coattails of it, but what will be exciting is when these moments aren't so celebrated because they are so infrequent and we are realising that the points of view of storytelling don't always have to come from someone who looks the same.

"That is what is brilliant, the shift, rather than feeling it's a moment and that's it."

Arriving at the launch of the new series in Sheffield yesterday, she said she had spoken to previous Doctors, including her Broadchurch co-star David Tennant, about the role.

"He said there is nothing really to say because you can't really explain it and I appreciate it so much now.

"The next person to play this role, I would never go 'It's like this and like this' because you cannot explain it.

"But what he did say and what Matt (Smith) and Peter (Capaldi) said is it is the most extraordinary journey... try to enjoy it.