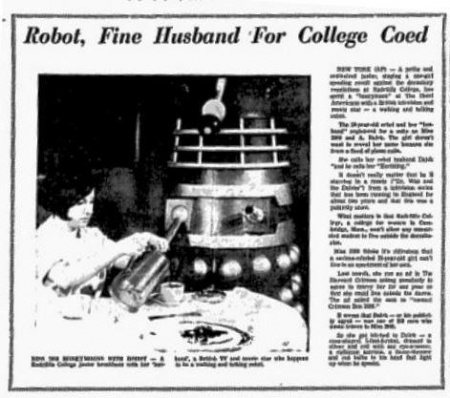 So she got hitched to Dalek——a cone shaped. 5-foot-6 robot dressed in silver and red, with one eye-scanner. a radiation antenna, a flamethrower and red bulbs in his head that light up when he speaks.