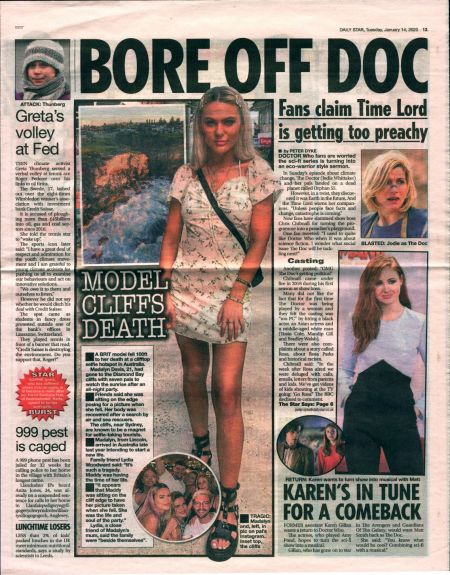 Fans claim Time Lord is getting too preachy

DOCTOR Who fans are worried the sci-fi series is turning into an eco-warrior style sermon.

In Sunday's episode about climate change, The Doctor (Jodie Whittaker) and her pals landed on a dead planet called Orphan 55.

However, in a twist, they discovered it was Earth in the future. And the Time Lord warns her companions: "Unless people face facts and change, catastrophe is coming."

Now fans have slammed show boss Chris Chibnall for turning the programme into a preacher's playground.

One fan tweeted: "I used to quite like Doctor Who when it was about science fiction. I wonder what social issue The Doc will be tackling next?"

Another posted: "OMG The Doc's getting political':

Chibnall came under fire in 2018 during his first season as show boss.

Many did not like the fact that for the first time The Doctor was being played by a woman and they felt the casting was "too PC" by hiring a black actor, an Asian actress and a middle-aged white man (Tosin Cole, Mandip Gill and Bradley Walsh).

There were also complaints about a story called Rosa, about Rosa Parks and historical racism.

Chibnall said: "In the week after Rosa aired we were deluged with calls, emails, letters from parents and kids. We've got videos of kids shouting at the TV going: 'Go Rose The BBC declined to comment.

Caption: BLASTED: Jodie as The Doc

KAREN'S IN TUNE FOR A COMEBACK

FORMER assistant Karen Gillan wants a return to Doctor Who.

The actress, who played Amy Pond, hopes to turn the sci-fi show into a musical.

Gillan, who has gone on to star in The Avengers and Guardians Of The Galaxy, would want Matt Smith back as The Doc.

She said: "You know what would be cool? Combining sci-fi with a musical."