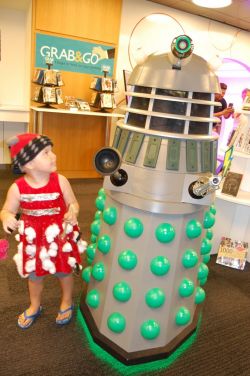 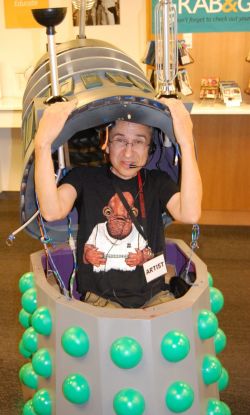 The Fandom Fest event is similar to a comic book convention, often called a Comic Con, celebrating not only what is in the pages of comic books and graphic novels, but all things in entertainment and popular culture.

Saturday's event was the second Fandom Fest the library held. The first in 2017 drew about 700. Library officials said the difference between the two was both the draw of local WCIU Channel 26 television celebrity Svengoolie in 2017, and the fact that in 2017, the Niles-Maine District Library was one of the first public libraries to hold such an event.

Library Publicity and Marketing Manager Sasha Vasilic said whether Fandom Fest would be an annual event, or held once every two years, would, in part, be determined by patron feedback. What celebrity guests might appear at a future would depend on availability. Vasilic said Svengoolie, being local to Chicago, made logistics easier.

"If an opportunity presented itself (for a celebrity guest) we would do it," Vasilic said.

Special features at the 2019 Fandom Fest included the return — not of the Jedi — but the Midwest Garrison of the 501st Legion, Vader's Fist, a group of "Star Wars" stormtrooper reenactors.

Two Daleks, or armor plated villains from the long-running British science fiction show "Doctor Who" including one piloted by Chris Adams of the Dalek Asylum Milwaukee group, roamed the library.

Vasilic said one of his favorite characters was not an invited guest, but a man who came in an elaborate Teenage Mutant Ninja Turtles costume.

Pop-Up Polosa gave kids a chance to check out replica weapons, like one of Thor's hammers, Thanos' gauntlet of infinity stones, Capt. America's shield or Black Panther's clawed gloves, along with masks to pose with.

Pop-Up Polosa also featured a recreation of the arcade from the Netflix series "Stranger Things" with real 1980s-era video games.

The event featured a teen costume contest, rounds of gaming and a crowded top floor full of artists and vendors selling their wares.

To critics of the library hosting such an event, Vasilic pointed to the library's mission to, "Engage, inform, enrich and educate." He said the library's Fandom Fest offered a similar, if smaller, experience to larger expensive Comic Con's, such as Rosemont's Wizard World, but at no cost.

The library keeps comics and graphic novels in its collection as gateway publications to get kids reading and engaged.

Chris Adams as Dalek Trevor of Dalek Asylum Milwaukee, comes out of his shell to reveal himself at the Niles-Maine District Library's Fandom Fest. The Daleks are the sworn enemy of the Doctor, throughout all of time and space, on the long-running British science fiction show "Doctor Who". (Tom Robb/Journal photo).