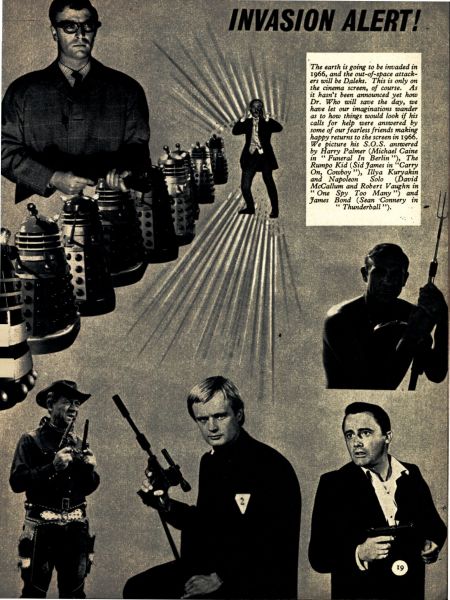 The earth is going to be invaded in 1966, and the out-of-space attackers will be Daleks. This is only on the cinema screen, of course. As it hasn't been announced yet how Dr. Who will save the day, we have let our imaginations wander as to how things would look if his calls for help were answered by some of our fearless friends making happy returns to the screen in 1966. We picture his S.O.S. answered by Harry Palmer (Michael Caine in "Funeral In Berlin"), The Rumpo Kid (Sid James in "Carry On, Cowboy"), Illya Kuryakin and Napoleon Solo (David McCallum and Robert Vaughn in " One Spy Too Many") and James Bond (Sean Connery in "Thunderball").