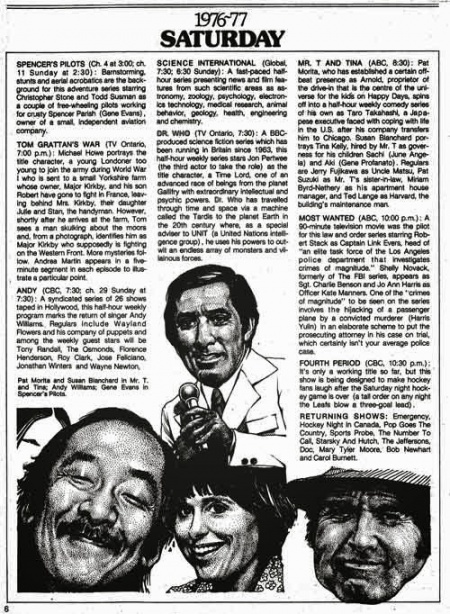 DR. WHO (TV Ontario, 7:30): A BBC-produced science fiction series which has been running in Britain since 1963, this half-hour weekly series stars Jon Pertwee (the third actor to take the role) as the title character, a Time Lord, on of an advanced race of beings from the planet Gallifry with extraordinary intellectual and psychic powers. Dr. Who has travelled through time and space via a machine called the Tardis to the planet Earth in the 20th century where, as a special adviser to UNIT (a United Nations intelligence group), he uses has powers to out-wit an endless army of monsters and villainous forces.