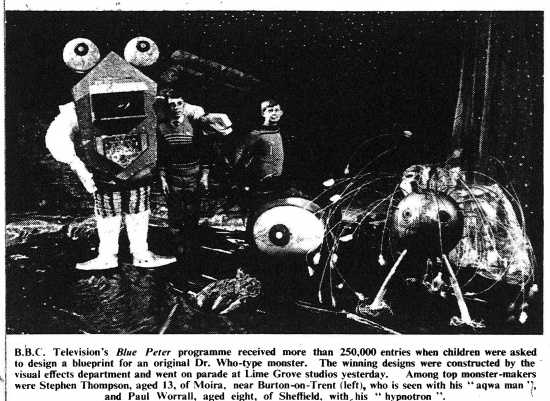 B.B.C Television's Blue Peter programme received more than 250,000 entries when children were asked to design a blueprint for an original Dr. Who-type monster. The winning designs were constructed by the visual effects department and went on parade at Lime Grove studios yesterday. Among top monster-makers were Stephen Thompson, aged 13, of Moira, near Burton-on-Trent (left), who is seen with his "aqwa man", and Paul Worrall, aged eight, of Sheffield with his "hypnotron".