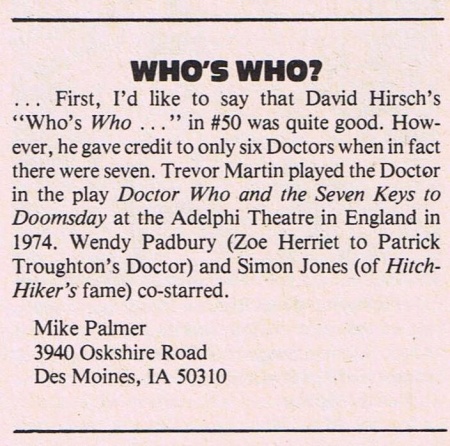 . . . First, I'd like to say that David Hirsch's "Who's Who ..." in #50 was quite good. However, he gave credit to only six Doctors when in fact there were seven. Trevor Martin played the Doctor in the play Doctor Who and the Seven Keys to Doomsday at the Adelphi Theatre in England in 1974. Wendy Padbury (Zoe Herriet to Patrick Troughton's Doctor) and Simon Jones (of Hitch-Hiker's fame) co-starred.