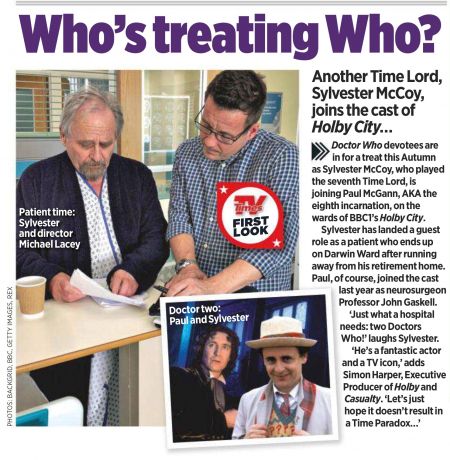 Doctor Who devotees are in for a treat this Autumn as Sylvester McCoy, who played the seventh Time Lord, is joining Paul McGann, AKA the eighth incarnation, on the wards of BBC1's Holby City.

Sylvester has landed a guest role as a patient who ends up on Darwin Ward after running away from his retirement home. Paul, of course, joined the cast last year as neurosurgeon Professor John Gaskell.

'Just what a hospital needs: two Doctors Who!' laughs Sylvester.